I left about the usual time and set off. The refuge is at about 1500m, and Arles-sur-Tech is about 280m, so it was clear what was going to happen and so it proved: a long 1200m descent into Arles. I got there just before 12 and wandered around for a few minutes. It is a nice enough place, nothing remarkable. I had some moules frites and set off again after an hour or so. The next bit is a climb up to the col de Paracolle, overall about a 700m climb. By now it  was really hot, the hottest day so far, and this became a hard slog that took me almost three hours to complete. Then a steady walk through the woods, finishing about 6pm at the gite, where I found Reg had arrived a few minutes earlier.
There was nobody else there, just the two of us and the gite owner, and it turned out that he was going to go out, would not be back til the morning, and would leave us to our own devices! He had prepared a meal, and stuff for breakfast, showed us where everything was, and off he went.
Reg was going to sleep in his tent, so I had the entire upstairs part of the house to myself. All very comfortable, though why it's called an eco-gite is unclear. .. There is a wood burning stove, perhaps that's it. 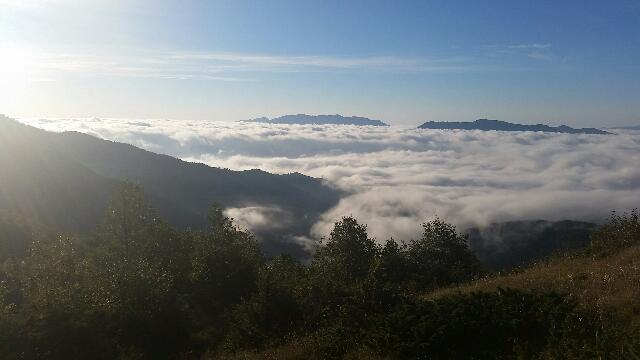 view from the refuge in the morning 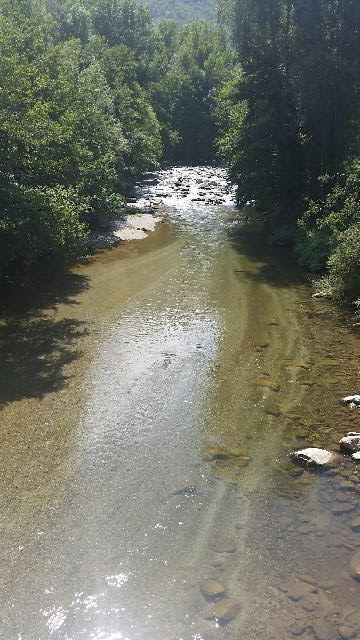 the river Tech, that Arles-sur-Tech is sur 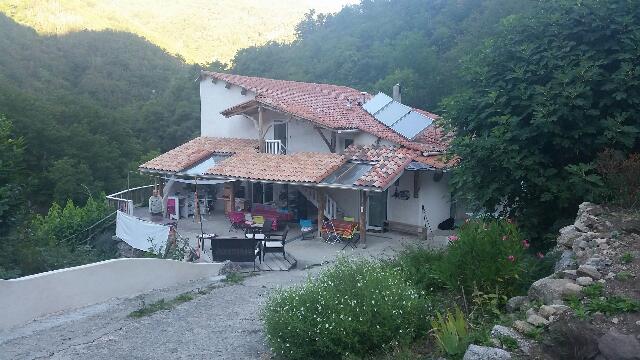 the Ecogite. Reg is visible at the left
Posted by JerryW at Thursday, August 27, 2015