Weather perfect again today. Lovely Mediterranean sunshine. The only problem with the view from Canigou will be the heat haze. ..
Left about 8am. The Mariailles refuge is at 1710m, the summit of Canigou is 2794m, so it is clear what we are in for. Gently at first, then more and more steeply, up we go. I plod on and in fact, this is becoming my forte: a steady climb, for as long as it takes. By late morning, the summit of Canigou is in sight.
There are two routes to the summit. One is easy, a clear path from the Cortalets chalet. The other is hard, and involves climbing "la cheminee," a vertical rock face. Now you have to guess which way the HRP goes. ..
In fact "the chimney" is not too hard, provided you take care not to look down. The heavy rucksack doesn't help, nor does the number of other people, mostly going up but some coming down. I saw one particularly ample French lady being helped down by her other half, and thought "If she can get down, surely I can get up, " and so it proved.
The summit was a bit anticlimactic, since it was packed with tourists. I counted more than 50 when I arrived. Still, the view all around was very special. There should be photos below. .  I took time to look around, and thought I caught my first glimpse of the Mediterranean, though it is hard to be certain at that distance.
Apres, a long descent to the Cortalets chalet, where I now am. A very busy place when I arrived, but it has quietened down now and seems like any other refuge.
There are 8 beds in my room but at present, only two of us in occupation.
Normally I would be pleased about this, but my roomie is a Spanish Catalan with a particularly vacant expression. I think he might be a bit strange and I'm uneasy about him picking the bed next to mine, with so many to choose from.. 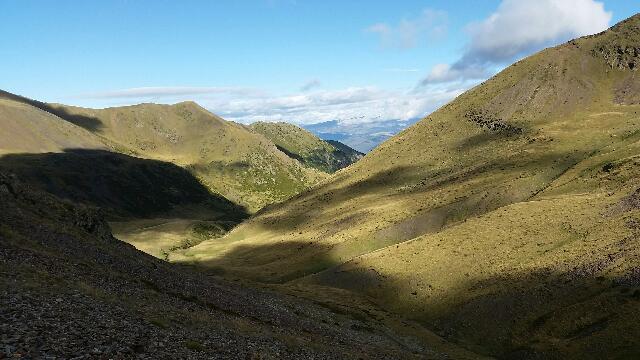 Looking back down the valley towards Mariailles 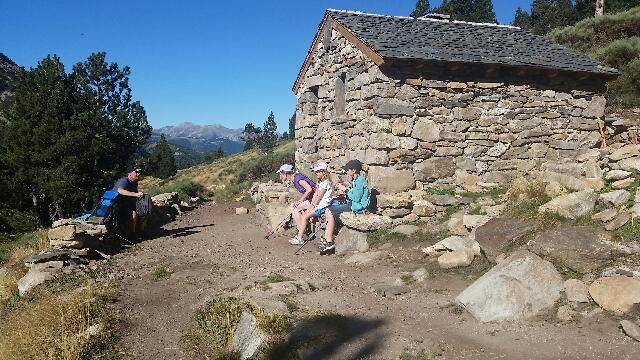 a small cabane half way up Canigou. I saw this french family at the summit later 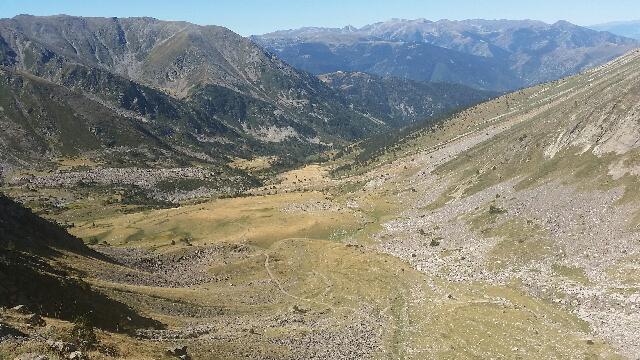 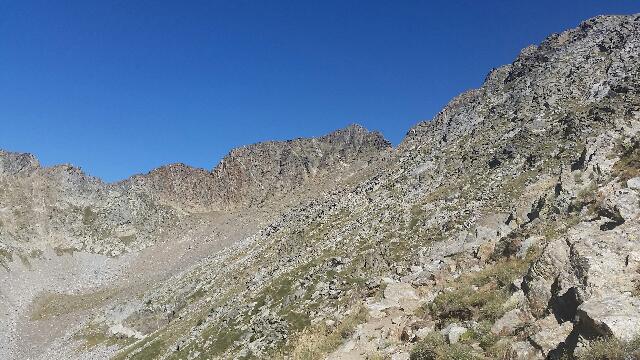 the summit is the pointy bit in the middle. You can already see people on it 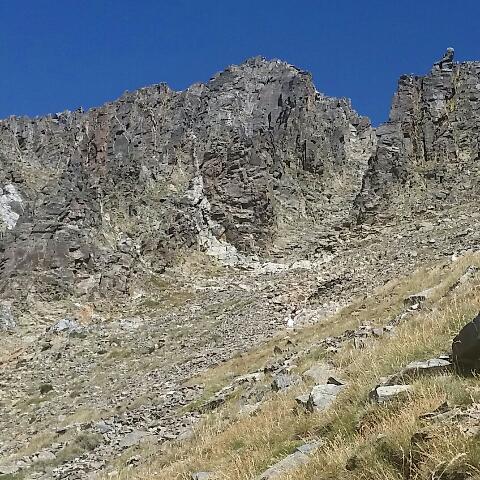 here it is a bit closer.  The cheminee is visible too 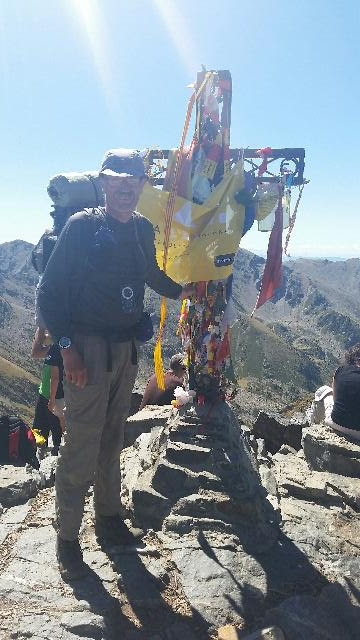 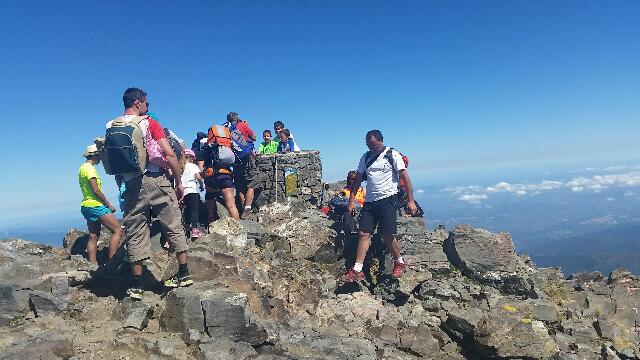 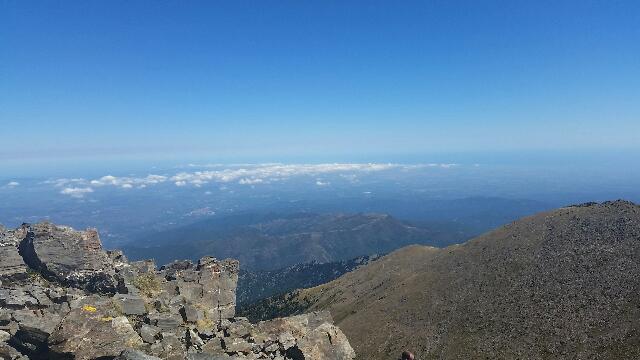 The Mediterranean is over there, somewhere 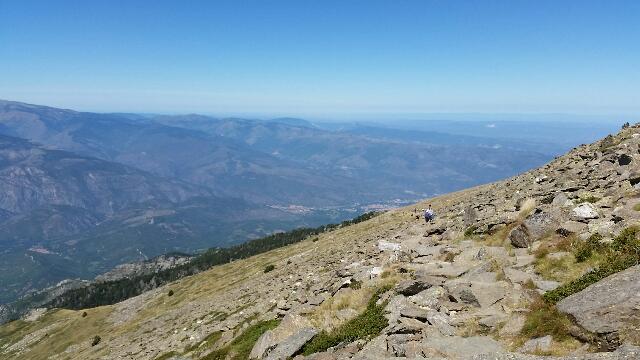 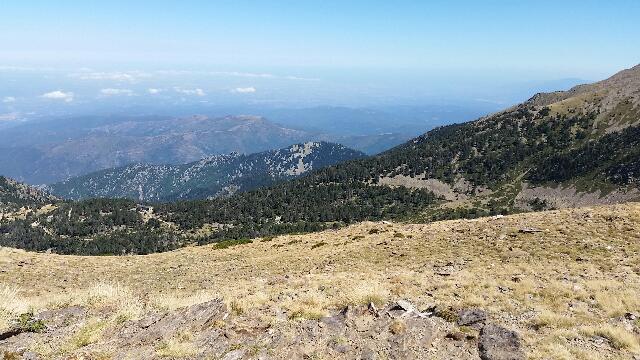