This year, 2015, I will walk along the Pyrenees HRP from Hendaye on the Atlantic coast to Banyuls, on the Mediterranean Sea.

There are three long-distance paths along the Pyrenees: the GR10, which stays in France (and Andorra) throughout, the GR11, which stays mainly in Spain, and the HRP, the Haute Route Pyrenean, which says "Never mind all that up and down stuff, I want to go straight along the top." It stays as close as it can to the watershed of the range. It doesn't care about shelter, about shops or hotels, or even tracks and waymarkings, so it is a harder route to follow. But it has wonderful rewards.. some of the best scenery and uncrowded views the world has to offer.

I will record my preparations and progress here, hopefully something new each week, until the job is done... I hope you will follow this diary and walk along with me. I look forward to your comments on all I write, makes me feel I am not talking just to myself!

Below is a photo of the starting point for both the HRP and the GR10 in Hendaye, taken in 2013. 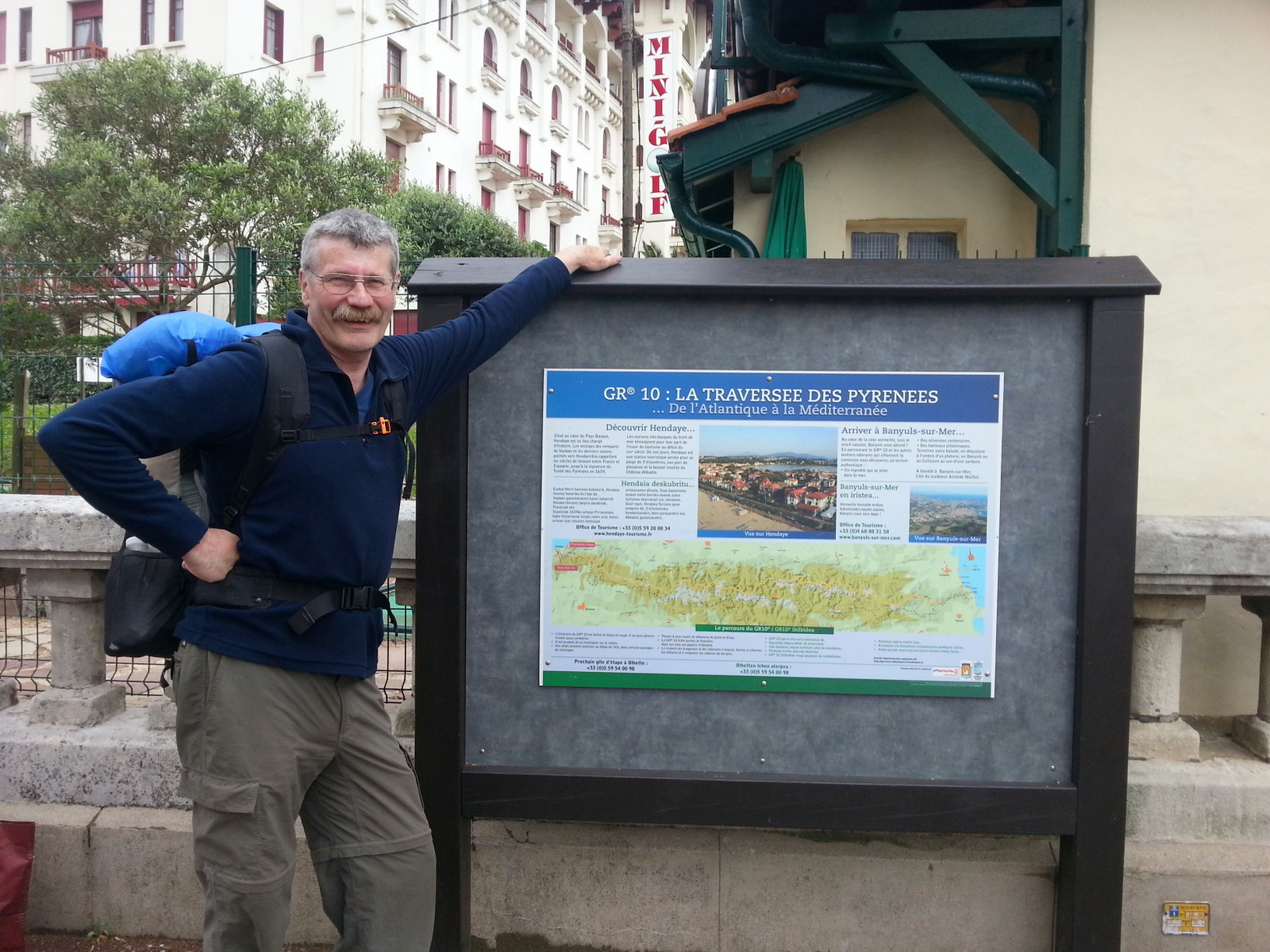 ... and this is the Atlantic, just a few yards away. Those are my footprints! This one was taken in 2010: 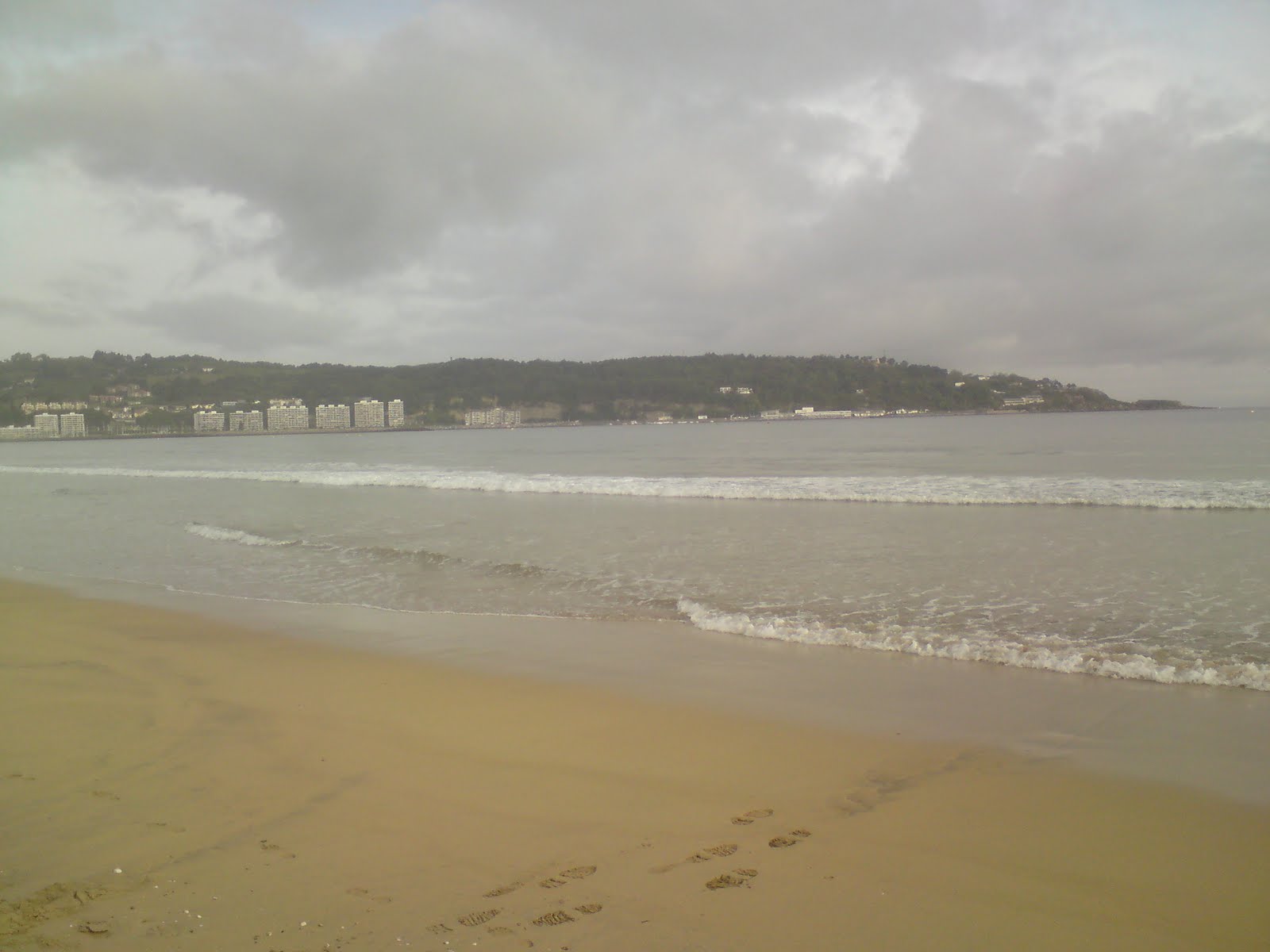