A lot has happened today!

I was just dozing off, about 10pm last night, when it suddenly got windy. At first I didn't think much of it, just lay there listening to the tent flapping, but it got more and more windy until I felt constrained to get dressed, and go out and look round the tent. I checked all the guy ropes and pegs, and trod them into the grass so they couldn't rotate. I had two spare pegs and used them to reinforce the two main guylines holding the poles up. I closed all four door flaps. Still the wind got stronger, and shifted round a little. When I had put the tent up, the wind had been at one end of the tent,  now it was coming at one corner. This was all quite new to me because none of my previous nights in the tent, rain or shine, had been at all windy,  and in refuges etc, in the mornings it was always still. When I pitched the tent I hadn't given wind a thought, just picked the flattest spot. Not that there are very many sheltered spots anyway, above 2000m.
I got fully dressed, sat up and clung on to the upwind pole. Three times, the wind pulled the two pegs out of the ground. Since I was holding the pole, it was just wind pressure against the tent flaps that did this. I became seriously concerned that something would give. If the tent fabric ripped, the tent would probably be torn into shreds, and it was not clear what I could do about it. If that happened I decided I would have to lay the poles down, put some stones on top, and retire to the cabane. Meantime, I just sat there and clung to my pole. .
So went the night. Fortunately, nothing tore or broke. About 5am the wind slackened somewhat, and I got a little sleep at last. When I got up, about 7am, the wind was still lively, but manageable. When I came to pack up the tent I had to carry it to a sheltered spot out of the wind before I could fold it up. I am very pleased with this tent, which is spacious and light, but I'm not sure if coping with high wind is its strongest suit. One more thing to bear in mind. .
I set off about 8am, not in the best possible mood, on a long and difficult stage that spends a lot of time over 2800m up. At that height, weather is a crucial factor so I was keen to try to work out how it would be. But I couldn't because the wind had stirred everything up. Huge clouds were scudding across the sky; one minute it was sunny and warm, the next cloudy and freezing cold. During the day I had every possible weather, except rain - it never rained, though it looked as if it rather fancied the idea, once or twice.
So I just plodded on, over ever higher cols  - Col d'Eyne (2683m), so about 700m above where the tent was
- Pic de Noufonts (2861m, I think the highest point so far on this trip)
.. and several others. To start with the weather was kind, windy but sunny and the views were magnificent. Later they disappeared into cloud, and the wind became intense. The last part of the traverse was tricky because of it and needed care. I was happy to get to this refuge at last, rather knackered but the photos I hope will show that there were compensations. Pic de Noufonts is one of the highest points in this part of the pyrenees and gave panoramic views over a huge area. A hard day but a true HRP experience.
If that were not enough, I had close encounters with both izard and marmots. This refuge seems to be surrounded by marmots, you hear them all the time. 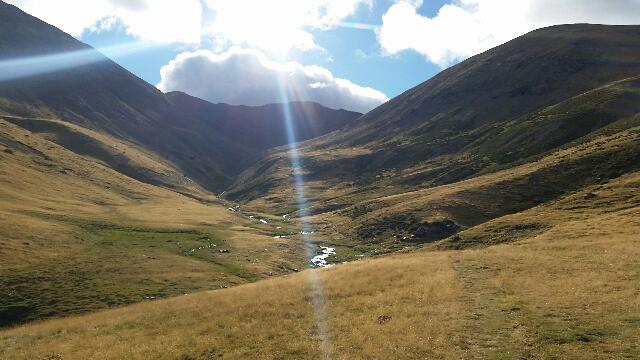 Looking back down the valley after an hour or so's climb 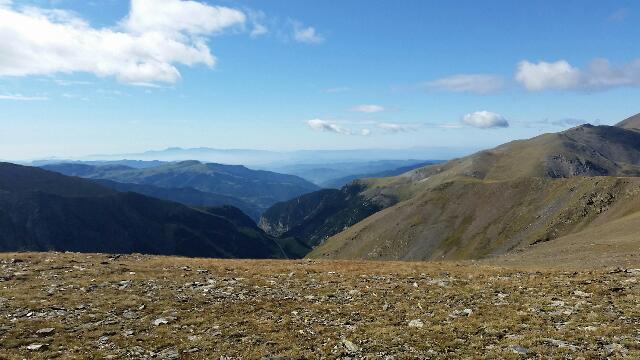 the view beyond the col d'Eyne. I counted seven levels of mountain in the distance.
I will let the other views speak for themselves 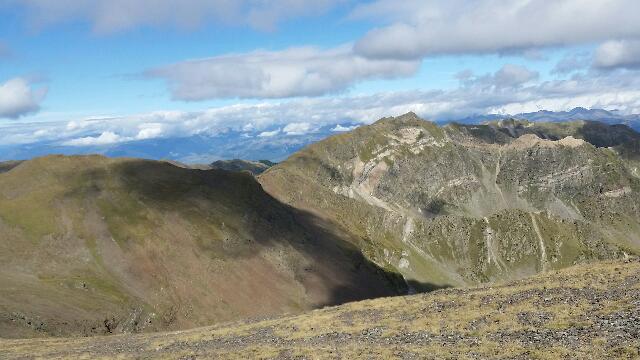 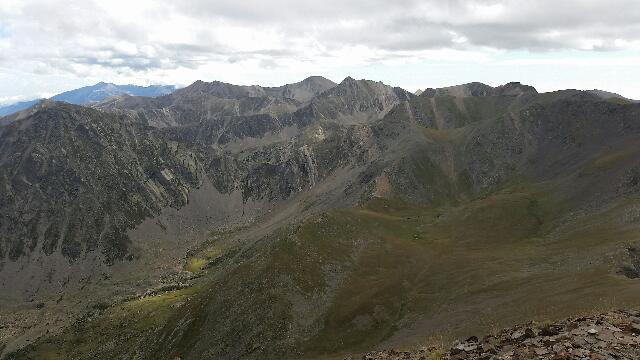 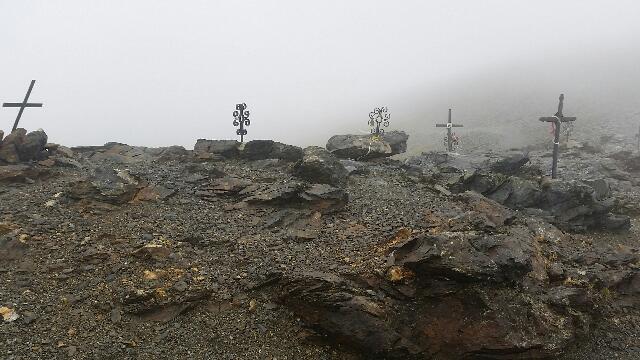 this is the Col des Neufs Croix. There were,  I counted them. Notice the views have gone now 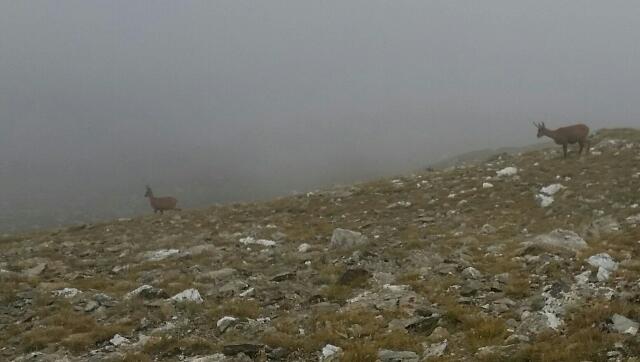 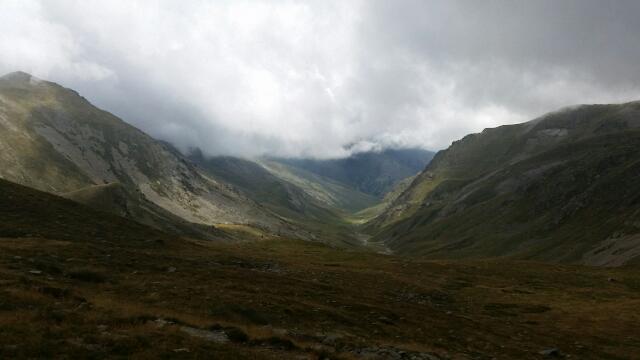 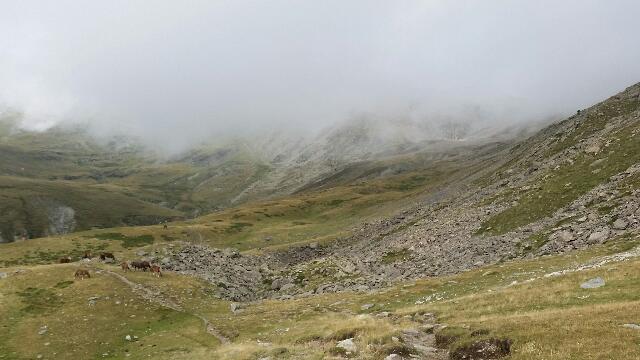 there is actually a ratger big mountain lurking behind that cloud
Posted by JerryW at Monday, August 24, 2015