The little Refugi at Alos is very comfortable but it does not do food, though it has a kitchen and sells a variety of food ingredients and drinks. I bought a jar of beans and a packet soup and heated them together for dinner. For breakfast, cereal with milk and a banana. It's only €15 a night to stay there so it's cheap by Refugi standards.

A fairly long day today, involving three stiff climbs and a total of around 1500m of ascent. What with one thing and another, I thought it would be best to make an early start and accordingly set off about 6.30am. Overall things went well, and I was especially pleased with the climbs. The descents were more difficult, especially the very steep descent from the first col, the col de la Comella. With one pole and a tree branch, I had to be careful. I eventually arrived at the Refugi Enric Pujol about 4.30pm, about 10 hours in all including stops. Probably I could have done it a bit quicker but no real point.
I took one look at the Refugi, basically a glorified garden shed, and decided to put up the tent. So did others, and there are five or six of them dotted about nearby. This is an idyllic spot. My tent is next to my friend Arlette's. She has a small titanium wood burning stove that is very neat.
Tomorrow is another long day, with another Refugi at the end of it, though this is a bigger one that does meals.
Towards the end of today I was passed by a British couple, Mick & Gayle. They have camped here too, in a rather stylish Terra Nova Quasar Ultra, a huge tent with oceans of space for two weighing apparently only around a kilo. I was explaining how I came to break my walking pole, and Mick said that they had a pair of poles with them but had not used them, would I like to borrow them, and post them back when I got back to England? I accepted this very generous offer gratefully. It really is very kind of them, not to mention brave, considering my recent track record in this department. 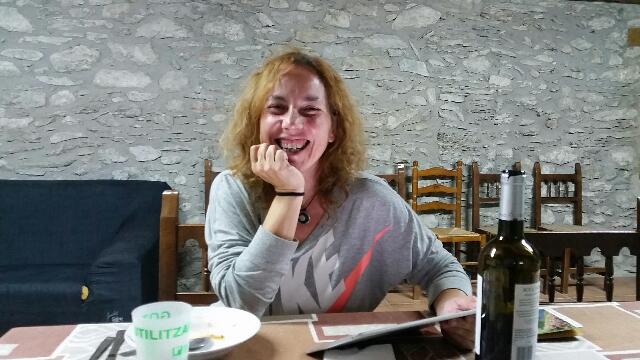 my friend Elisa, who I first saw about day 7 or 8, at the Alos Refugi. That is her bottle of wine,  btw. 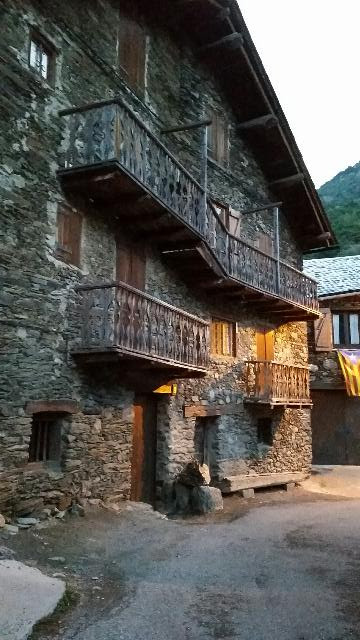 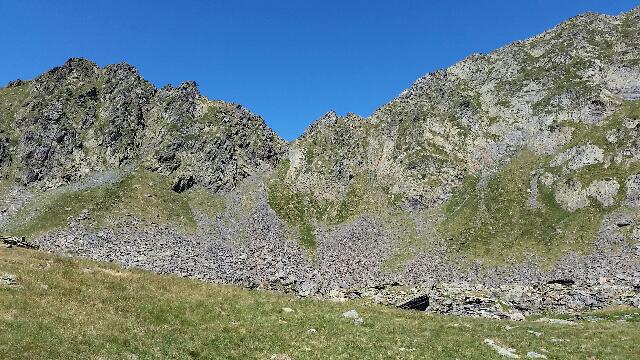 I came over that col in the middle, and down. Does it look easy?  It wasn't. There are two people coming down it now (Mick & Gayle in fact) but you may not be able to see them 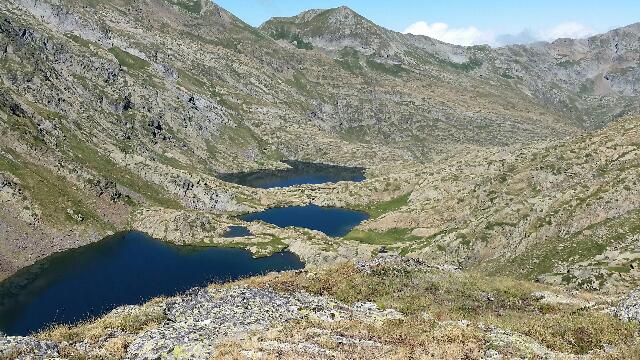 the estanys de Gallega. I camped by the far one and the Refugi is just visible, right of the far lake 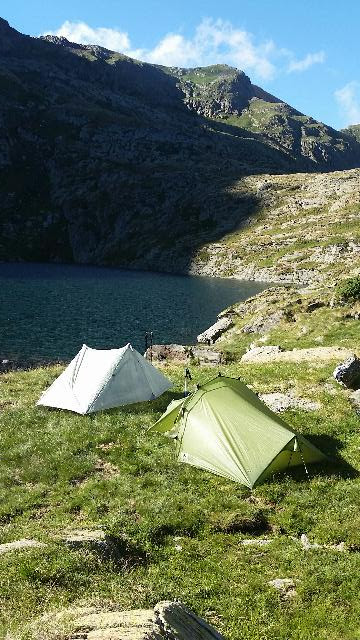 my tent and Arlette's green one
Posted by JerryW at Tuesday, August 11, 2015