Weather is always an issue in the Pyrenees, and weather forecasts are perused anxiously. A break in the weather has been forecast for some time and I was told that today would be good but tomorrow would be wet in the afternoon, and possibly for a day or two thereafter. I therefore decided to complete today's leg as planned, but to leave early tomorrow morning and walk down to the manned refuge at Valle Ferrera. This should only take 2-3 hours and I could review the weather prospects there, and decide what to do next.
Having bid farewell to Arlette, I set off and shortly after, was saved by the appearance of Tim & Pam from a navigational error. Through lack of time last night, I had not perused today's route very thoroughly and had managed to take a wrong turn Less than a mile after starting. This corrected, I had a relatively uneventful day and arrived at the Refugio Baborte (also called Refugi Cinquantenari) about 4pm. Baborte is a small unmanned refuge with space for 9 people, and to start with I was the only resident. About 8 pm two Frenchmen arrived, Sebastien and Michel. Michel is also walking the hrp, but the other way, from Collioure to Hendaye. Apparently a new guide has come out, written that way around, and indeed I have met a number of walkers this year who are doing the same. He is a retired French army officer, who has spent many years in Africa, very interesting to talk to and he seemed a decent man. He has knee problems too, and is taking 60 days to do the trip.
Tomorrow I will start very early, as soon as it is light, if it is not raining, and hope to reach Vall Ferrera before the bad weather starts. If I am to be held up, better to do it somewhere with meals. And beer. 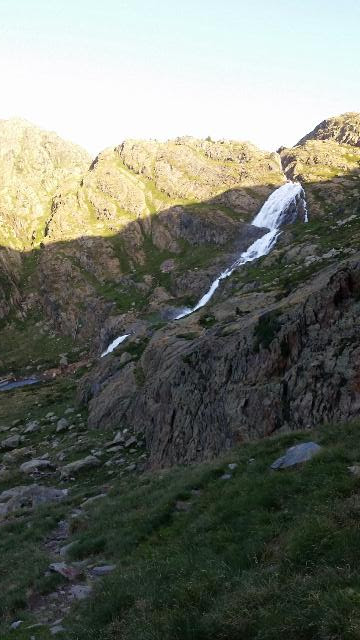 the outflow from the lake below Certascan is quite impressive 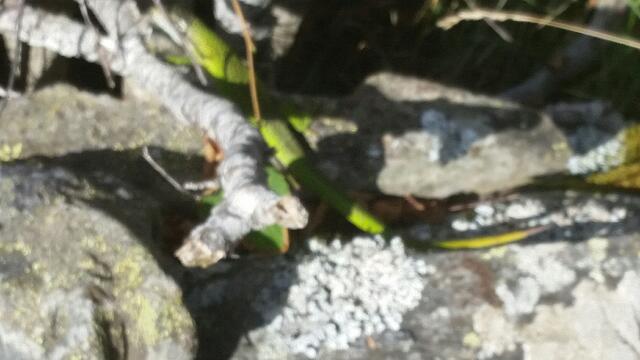 my first proper lizard, a green jobbie well over a foot long. 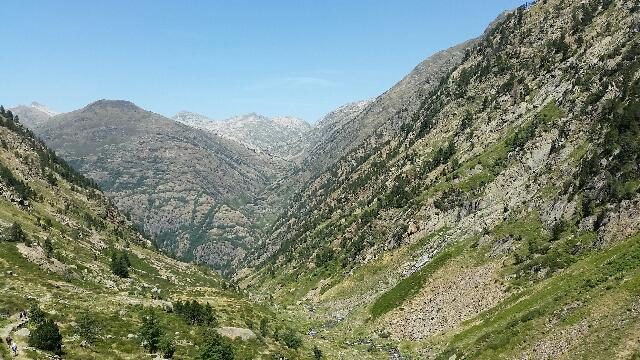 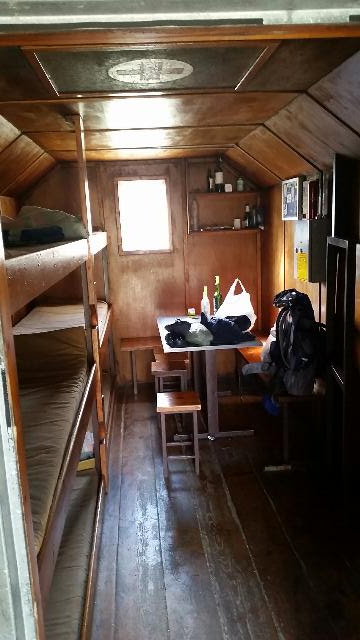 the inside of Refugi Baborte, comfortable for three, pretty cosy for six I expect
Posted by JerryW at Friday, August 14, 2015