A reasonably gentle day today, which I was glad of as I am still feeling under the weather. I was ready to leave by about 7.30am, but it was raining so I waited half an hour or so until it stopped. Once it did so it turned into a nice day, with sunny intervals but not too hot. There was the usual stiff climb ofabout 800m to plough up, to the Port de Rius, 2320m, and then a very pleasant walk along several lakes, and a short, stiff climb up to the Refugio Restanca.
I had been told the Refugio was full, and so it was, but they said that I could sleep in the dining room after the meal was finished, if that would be ok? Along with ten others apparently. I was not too sure about this but there is a prediction of storms again tonight, as there was last night, so in the end I agreed. We shall see, but what I would say is that the staff could not have been more helpful or friendly. Haven't I always said that, about Spanish refugios?  :-)
Dinner was excellent (no pasta!)
Tomorrow is a long day's walk to Salardu, and the end of the third section of the HRP. I think a rest day will be called for, some of my clothing is beginning to complain of neglect. 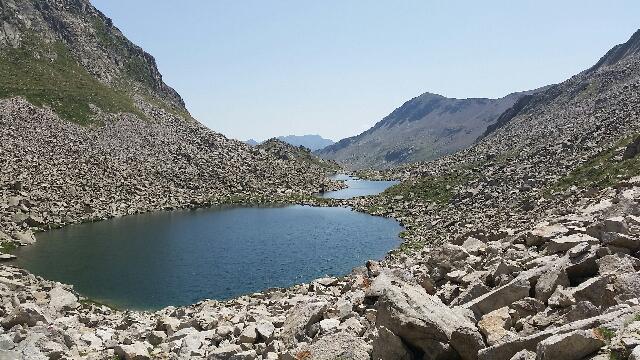 tarns, natural lakes as opposed to the embalses (reservoirs) so widespread throughout the pyrenees, are common here and they do look very pretty. 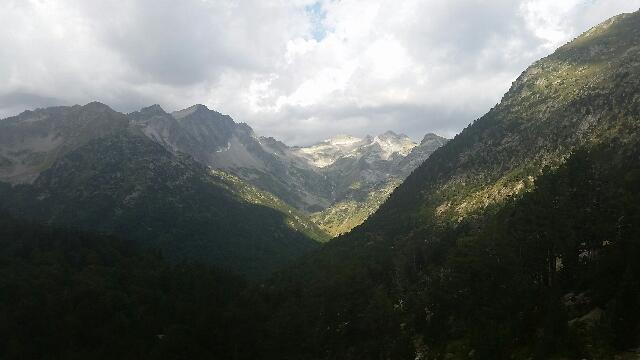 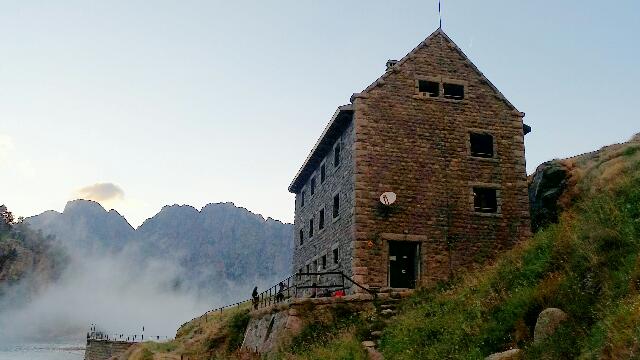 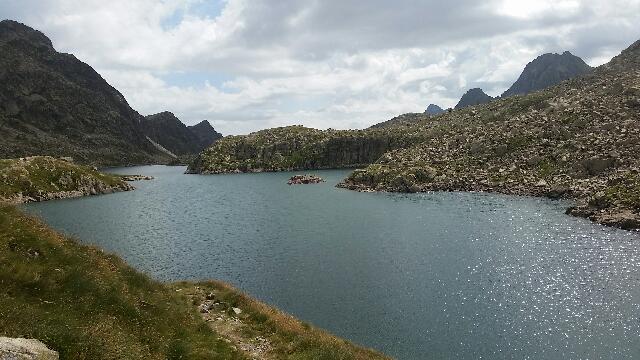 view from the Refugio.
Posted by JerryW at Wednesday, August 05, 2015